“Instead of being presented with stereotypes by age, sex, color, class, or religion, children must have the opportunity to learn that within each range, some people are loathsome and some are delightful.”

As some of you may know, my ‘day job’ before becoming a baby factory was as a registered dental hygienist (RDH). For some this translates into “Registered Sadomasochist”, or in simpler terms, “She Who Stabs You With Instruments”. I can confidently say that this is not what we do, and can also assure you that yes, there is a 99% chance if you don’t floss daily that your gums will bleed – it’s not us doing it, it’s your bodies inflammatory response to the chicken wing particles left between your teeth. Anyways, I acknowledge and recognize that going to visit your hygienist isn’t something most people look forward to, and can be a very uncomfortable experience. You feel vulnerable, and with vulnerability and fear comes the display of one’s true colors. You can’t imagine the way I was treated and talked to by clients; I was called a butcher, told that they “hated to see my face”, and in some cases even accused of purposely hurting people (if you knew me you’d know that I literally wouldn’t hurt a fly – I live in a no kill household- so that one really got to me). I was employed in several offices, and in the west end of Windsor for a long time which meant our clientele had a high population of immigrants and international students and well as local Windsorites. Working with the public for 9 years and seeing literally thousands of clients in an extremely diverse population taught me more about humanity then you can imagine, but one of the most important lessons I learned is something as humans that unites us. We all share it, and every group has an equal and even level of them: just like teeth, people come in over 50 different shades – of frickin’ crazy.

I’m gonna tell you the tooth, the whole tooth, and nothing but the tooth (mom joke – no regrets).

WTH am I talking about? To start: the flow of a regular dental recare appointment to clean someone’s teeth is basically the same for most clients – health update, assessment of the mouth, a diagnosis that they need the cleaning; you plan what they require, implement the treatment, review how to work on their teeth at home, and send them on their way with a new brush, some floss etc. It’s basically the same for every single client. So with universal treatment – meaning everyone is treated the EXACT SAME way, and I can assure you that I did – I could make a fair observation of what a person is truly like, placed in the exact same uncomfortable situation.

Let me break down what my main point is: I’m not saying this from a place of opinion, or some article I’ve read on the internet. This is hard core, real life experience: every single ethnicity, race, sexuality, religion, gender etc. has good and bad people; polite and rude ones; respectful ones and people whose behavior would shock you. It truly doesn’t matter if you are black, white or some shade in between; religious or atheist, gay or straight, rich or poor  – I can honestly say that the rude and nasty people I worked on were equal, across the board. I had a gay client scream and call me the C word because I ‘put his chair back too fast’; I also received a handwritten thank you card from one after treatment. A black client called me a “f-ing bitch” because I let them know their child had baby bottle decay; another one cried in gratefulness and hugged me when she saw her stain removal after a deep cleaning. An Arabic client spit in my face because I used too much polish in her mouth, another one brought in homemade baked goods when I mentioned I loved the ones my mother in law makes. Wealthy clients with less class than Donald Trump, clients on social services who would give me the shirt off their back (reminder – it costs exactly $0.00 to be a decent human being) – I could go on and on here; my point is: people are people. Nice people are nice people; rude people are rude people, and assholes are assholes. You can say whatever you want to generalize a population but it just isn’t true – there is no group where every person is all the same. Sorry to the racist, sexist, homophobic, xenophobic people  – I hate to break it to you, but terrible people come in all shapes, sizes, races, religious, ethnicities, sexualities, socioeconomic statuses and genders – pretty equally. No two groups are given the exact same or equal advantages and situations in our society because as soon as you are born you’re labeled and thrown into that box. And even despite this, what I’ve seen is that honestly it doesn’t matter who or what you are – assholes come in all shades, shapes and sizes. It’s actually quite beautiful that this could unite as a human race, if people could just acknowledge that we all have at least one thing in common – the group we identify with has a bunch of people behaving like total dickheads, just like everyone elses.

Also, how would you like it if the rest of the world generalized you with the bad seeds of your group? Radical Christians who bomb abortion clinics, most serial killers, and the majority of mass shooters in North America are all Caucasian males – does this make all white men psychopaths, who murder thousands of people a year? Of course not, that’s just silly. They are a select group of very disturbed, mentally ill people – just like if an Arab or an African American did it. People don’t hurt others purposely because of what they are – they do it because of who they are.

So in the future, before you generalize or make the assumption that all people from a certain group are all the same, think for a second – do I really know many people like that, in real life, to make that assumption? When is the last time I sat down for a good conversation with more than one or any of them, learned and got to know who they really are? Probably never. I’ve never met a real Tazmanian devil, but the cartoon makes them look like they’re frickin nuts. Terrifying, in fact. But in real life they’re actually tiny little things, less than 20 lbs and quite timid when engaging with humans. It’s funny how the media can warp our perspective right from childhood. Some food for thought. 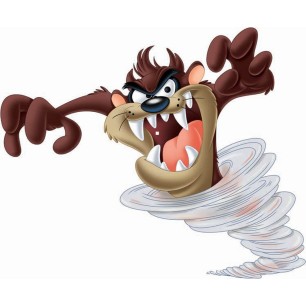 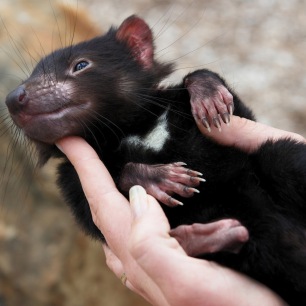 My point is, you can’t paint an entire group with one brush or believe what you hear. I can vouch for white chicks that not all of us like yoga pants, Ugg boots, and pumpkin spice lattes. Mmm…I’d love a PSL right now.…shit, ok that’s a bad example. But seriously, take a moment to really think about it next time. Before you click “share” on another fake article that you didn’t actually research, remember that you are irresponsibly spreading hatred and possible false information; honestly, it really does nobody any good, and you wouldn’t like it done to you, right? I feel like I’m always going back to our kindergarten lessons; this one being: “treat other how you’d like to be treated”. So the next time you feel like generalizing a group based on a few bad apples, consider that if you’re the one thinking like that perhaps YOU are the one who is acting cray cray. Remember, you’ll never shine yourself if you’re throwing all that shade.

CATCH US ON THE GRAM

2020 just got sparklier!! 🥳🎀💞 Today we confirmed via ultrasound as well as an additional blood test - cupcake is a little lady! Noah and Gigi are thrilled, Baba is still in shock and Mama is excited and still very nauseous 🤣 Baby girl, we can not wait to meet you!!❤️ • • • • • • • #genderreveal #babyshower #baby #ultrasound #pregnant #genderrevealparty #itsagirl #pregnancy #babygirl #cute #boyorgirl #birthday #pregnancyannouncement #balloons #bhfyp #babylove #baby
Trying to savour, share and enjoy this last pregnancy as much as possible, as we’re pretty sure this is our last hurrah ❤️ 12 week ultrasound of ‘Cupcake’ as Noah so lovingly named this baby🤣🧁💞 All is well so far 🙏🏻 #GodisGreat • • • • • • • #12weeks #12weekspregnant #family #love #baby #children #familyplanning #ultrasound #newborn #blackandwhite #cute #love #babylove
Merry Christmas everyone 🎅🏼🥰We got a family picture tonight with both boys staying still @ the Bright Lights... it’s truly a Christmas miracle! 🤣❤️🙏🏻🎄 #thankyousanta • • • • • • • • #justgoshoot #liveauthentic #windsorphotographer #photo #lifeofadventure #life_portraits #letsgosomewhere #portraits_ig #pursuitofportraits #portraitoftheday #postthepeople #lifestyle #photographyislifee #beauty #instafashion #postmoreportraits #portraitsmag #quietthechaos #people #discoverportrait #bestoftheday #memories #instalike #people #photoinspiration #windsorontario
Our Santa visit did not disappoint this year 🥰 🎅🏼 Noah was so excited to talk to Santa and let him know he wants hot wheels and Gigi wants a kitchen 🤷🏼‍♀️🤣 These two cuddled right in and did such a good job!🎄 • • • • • • • • • • #toddlers #kids #babies #children #parenting #toddlerlife #toddler #daycare #motherhood #momlife #toddlersofinstagram #preschool #parents #baby #parenthood #love #family #childcare #bowtie #fun #education #toddlerfashion #infants #toddlermom #mom #kidsfashion #momsofinstagram #child #fashion #bhfyp
Everything 🥰❤️🎅🏼 • • • • • • • • • • • • #christmas #photography #christmasminis #christmasminisession #windsorontario #windsorphotographer #redandgreen #portrait #fun#childphotography #christmastime #perfectpatch #cozy #brothers #boys #cutestboys
It’s the most wonderful news of the year 🥰❤️😍 July 2020 we are adding to our circus! 🤰🏼 • • • • • • • • #pregnancy #announcement #christmas #toddler #babies #cute #baby3 #newborn #mommyofthree #crazy #boys #photographer #childphotography #windsorontario #windsorphotographer #3under4 #sendcoffee
A little #latergram and a very rare #selfie these days, from last months vaca in paradise🇯🇲💞 💏 You better believe I took a million outfit pics while I didn’t have two little monkeys hanging off each leg 🤣 • • • • • #vacation #sandalsnegril #jamaica #love #whiteparty #floral #romper #love #anniversary #negriljamaica #sandalsresorts #mama #momsgonewild #notreally #h&m
I have way too much with Halloween, and these kids 🤣 If you’re a #Ghostbusters fan you’ll love it 👻 📸: @jp_photography_yqg • • • • • • • #ghostbusterscostume #halloween #costume #siblings #photoshop #masteredit #conceptart #conceptualphotography #fun #iaintafraidofnoghost #photography #familyphotography #unique #costumes #siblingcostumes #staypuft #adorable #twoyearsold #threeyearsold #windsorontario #windsorphotographer #photoshopmagic
The kids, our careers, cooking, cleaning, laundry, all other home things, and repeat... day, after day, after day. It’s a rut and we were in it - hard. Notice how ‘marriage’ isn’t included in the above list? This trip with just the two of us was desperately needed. Everyone tells you how hard parenting is, but nobody talks about how much work a marriage is to keep afloat once you start a family - if you want a good one, that is. Although the best part of this vacation was honestly getting to come back to my babies (yes, I’m that mom and I don’t care if it’s cheesy), the time away with my husband and being a ‘couple’ again was the reset that we needed. We still laugh together, enjoy to relax side by side, try new experiences and all the love is still there - the foundation of ‘us’ is still solid. Now to keep up on our one-on-one time @khalilinsurance 🙏🏻 Vacation in paradise is wonderful... but temporary. The real safe haven is and always will be home ❤️ • • • • • • • #relationship #love #relationshipgoals #relationships #couple #couplegoals #lovequotes #life #quotes #marriage #relationshipquotes #vacation # #cute #goals #couples #motivation #follow #family #jamaica #friendship #relationshipadvice #negril #truth #happy #instagood #romance #bhfyp